“the document proposes a list of 40 steps to build a “model of shared prosperity that is both pro-growth and anti-racist.”

Cities Are for People Who Want to Be There

“as a new report commissioned by the mayor and Gov. Kathy Hochul makes clear, the powers that be are ready to face reality: “Hybrid work is here to stay,” it announces.”

“…masterminded by a pair of deputy mayors from the Bloomberg and de Blasio administrations, Dan Doctoroff and Richard Buery, is the most ambitious document to address the urban crisis brought on by the pandemic. It’s an island of hope in a sea of dim prognoses for urban life. The gist is that if people are no longer compelled to be here to have access to powerful and remunerative jobs, we have to make them want to be in the city for some other reason.”

Dolores Hayden first proposed the idea of a “non-sexist city” in 1980, and Swedish cities have begun to center women’s urban experience in the planning process, redesigning spaces and changing bus schedules. The safety and interests of children helped shape Amsterdam’s safe streets movement in the 1970s and have become influential causes for American activists today. Curb cuts, initially designed for wheelchairs, soon made the urban environment accessible to a whole host of users, including parents with strollers and kids on bicycles and older people with shopping carts.

Flexible housing arrangements and relaxed licensing requirements make it easier for immigrants to set up shop. Better policing focused on solving crimes and building trust will keep Black families in the city—and it’s their flight, for the most part, that is behind worrisome population declines in places like New York and Chicago. The stability of a city’s neighborhoods, tax base, and school system depends on the continued favor of regular families, and a successful post-COVID politics will put their interests first. And if they stay in the city, they might even go to the office from time to time, giving corporate tenants a reason to stay put.

New York with other cities that are trying to adjust their economic model to account for changing times, it’s that a city can no longer put business leaders first. Instead, implementing a quality-of-life renaissance in cities will require first considering long-neglected groups whose wants and needs are suddenly vital to the city’s future: women, children, the elderly; immigrants, residents of color, the working class. Make the city work for them and it will work for everyone.

“a host of U.S. urban policies suggest many elected officials still have not gotten the message.

Why aren’t strollers allowed on all New York City buses?

Why do transit schedules and routes prioritize rush-hour downtown commuters?

Why do schools start before sunrise?

Why do city streets remain so dangerous for children?

Why are benches for older people so few and far between?

“What does a quality-of-life project look like if it’s not about searching Black teenagers and arresting churro vendors in the subway? On the public safety front, the report correctly grasps that lowering crime rates requires repopulating the streets, decreasing the city’s unemployment rate, and encouraging workforce development programs—thought it also nods to increased police presence on the subway and the controversial effort to forcibly hospitalize homeless people with serious mental illnesses. This all-of-the-above philosophy categorizes many of the report’s suggestions, such as the idea that pols should “develop a sustainably operating budget model for the MTA while increasing subway service.” 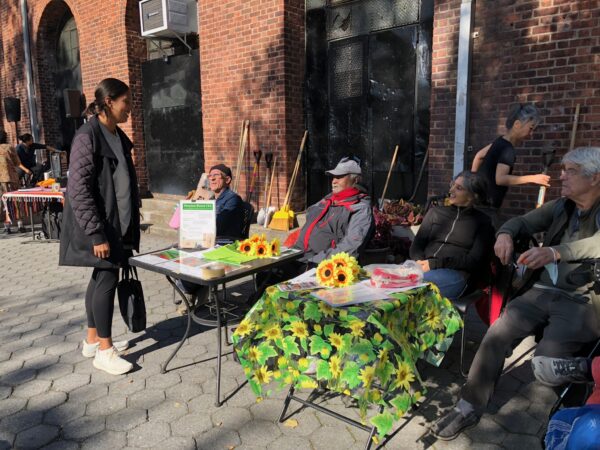