If true, this is problematic.

A lot of us spend volunteer hours, days, or lifetimes making our local park’s beautiful, functional and safe. The possibility that neighborhood input at Park’s public meetings is just a troublesome ritual to try to manipulate opinion to align with a foregone conclusion is insulting to say the least.

It’s insulting not only to Park volunteers, but to Park’s staff and workers who are intelligent enough to make a case – if there is a case to be made.

If Park’s can’t honestly do that? There’s a very good chance it doesn’t make sense for the park.

There is a place for bureaucratic proposal making. But it then needs to be tested against local experience and knowledge. Knowledge that has been honed over decades in many cases.

When Manhattan Commissioner Castro has attended public meetings we usually feel he listens and engages. We aren’t always ‘nice’ about it but he’s stayed trying to hear what is being said. And sometimes he argues back. It’s how democracy works. People need to be listened to – even if our thinking won’t work in the current circumstances. And, once in a while, Parks has to admit that it doesn’t know everything and doesn’t always have the best ideas! So far we’ve done well in our give and take. Though we have a few urgent issues that will need action to keep the public safe which could test our collegial ways.

Government is under attack these days because many people believe it doesn’t respond or care. That’s not good for democracy. And it doesn’t only happen in DC.

Oh, and though we doubt anyone from Parks who works around the LES and Chinatown would need reminding… but just in case…putting on a happy face to get us to agree to something will just make us wonder if you’ve been taken over by aliens. 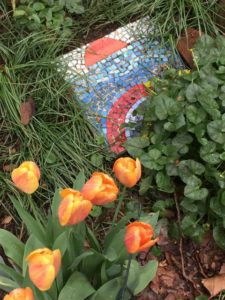 …[C]ommissioner Mitchell Silver, provided tips on how to avoid community opposition of agency projects, according to workers who attended the sessions…

..key suggestions to rank-and-file staff… use picture slides to avoid talking too much, understand the demographics of the target audience…emphasized being extra positive and enthusiastic when discussing a project….

“…New Yorkers are savvy,” said a worker. “They can see through spin, and Commissioner Silver refused to acknowledge that. He somehow believes that if we are enthusiastic enough about an idea there won’t be any opposition.”

Geoffrey Croft, of NYC Park Advocates, said the lectures “fly in the face of the most basic community-based planning and consultation by government agencies.”