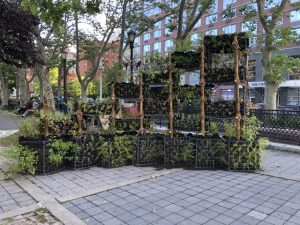 More than 300 species of birds migrate through New York City along the Atlantic Flyway each year. The goal of the art installation and avian habitat Birdlink, by Anina Gerchick, Associate ASLA, is to get a fraction of them to linger in the city for a bit.

Birdlink is an assemblage of stair-step bamboo and gabion planters stacked almost a dozen feet high, and intended to offer food and habitats for birds and other pollinators in urban areas outside major wildlife hubs such as Central Park or Jamaica Bay on Long Island. If you look closely, you’ll see bird varieties that shift with the seasons, as tides of migratory birds arrive and depart in New York City.”

“Species traveling along the Atlantic Flyway that might stop off at a Birdlink include red-headed woodpeckers,seaside sparrows, and eastern whip-poor-wills.  Long-distance travelers might be killdeer from Mexico and yellow warblers from Central and South America.” 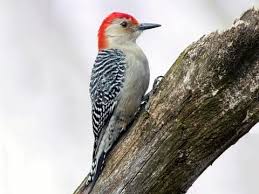